I've been online since about 1989. This was my personal blog for my family and friends spread throughout the world. I've maintained this LJ from May 2001 to March 2008 until some people insisted on pissing in the pool... so we left. I used to write regulary here too. It was so much fun... while it lasted. Now it's pretty much dead here.


Besides work I have been working out as usual, gardening, and reading lots.

More importantly SURFING, skiing, and at the gun range every chance I get!!!

I've been working out since I was 14. Here is my workout regimen of the now. My workouts are constantly evolving.

I've posted this before but just in case I'm re-posting it.

There are free FSI language material online for the following languages:

I'm presently studying Hawaiian and Spanish with Japanese and French next and Portuguese, Cantonese, and Greek following soon after.

While I have alot of material which I've purchased in the past... the material above is free.

There are 30 of them. Each about one hour long.

One of my friends who is Hawaiian too sent an email to me. He recently had family visiting which included some children. It made me laugh because my sister has five children LOL

"Oh, then I had to cook and bake and cook and bake. i dunno how people can have families like your sister! lol It's hard work!


You spend all day in the kitchen! lol And they get hungry and I feel bad althought their mothers' complained about that, but they were hungry, they just wanted to snack on stuff and I know i do that all the time."

Here are more pictures from when I was at Home: 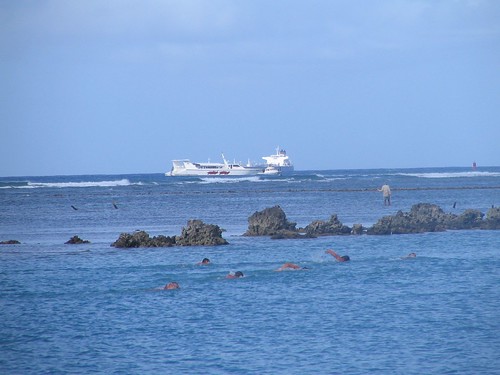 2. A fisherman. He looked very peaceful: 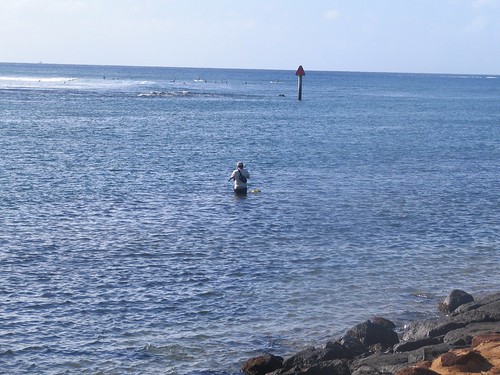 3. Diamond Head in the back: 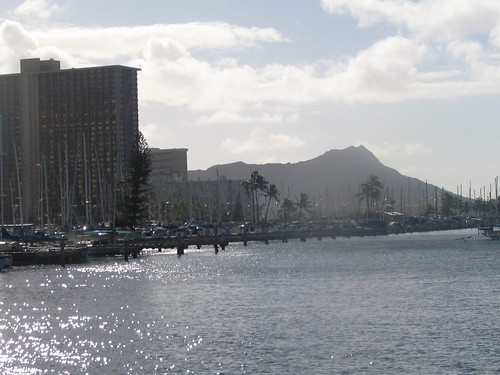 4. View from Ala Moana Beach Park: 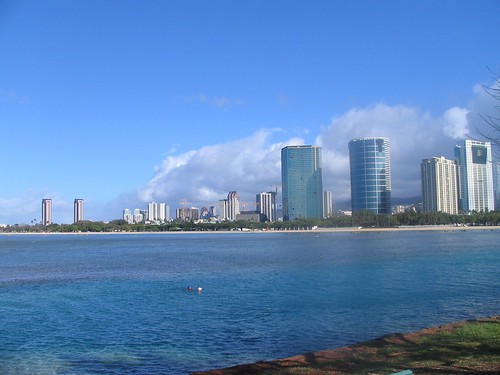 I don't like the buildings at all. They ruin the natural beauty but I can still see some beauty in the aina even though I have to squint to see it ;)

I've been hunting for more Hawaiian language video. I wish there were more that were produced for us or perhaps more people who are experts would take the initiative and produce more because I'd like the twin babies to be fluent in Hawaiian, Spanish, and English. Spanish videos and/or DVDs are very easy to find unlike Hawaiian language videos and/or DVDs. Well I found this one:

By teachers and students at 'Ehunuikaimalino, a Hawaiian language immersion school in Kona.

This will be somewhat brief. Some people are analyzing the latest brutal violence allegedly committed by a Hawaiian guy and his son against a Haole couple:

"Last month's road-rage incident began when an SUV driven by Army Staff Sgt. Andrew Dussell, 26, who has served two tours in Iraq, struck the parked car of Gerald Paakaula, 44, at a shopping center, according to a police affidavit filed in court. Paakaula and his 16-year-old son allegedly assaulted Dussell and his wife, Dawn, 23.

The teenager allegedly shouted an obscenity along with the Hawaiian term for a white person, haole (pronounced "howl-ee"), while attacking the soldier.

The court document says the father, a truck driver, picked up the woman and slammed her to the asphalt. The teenager allegedly kicked the husband's face as he convulsed on the ground from a punch to the throat. The couple suffered broken noses, facial fractures and concussions.


First of all there is NOTHING wrong with being Haole. I am Haole too and married to a Haole.

Secondly in NO way do I condone Paakaula's behavior. It is conduct unbecoming of a Hawaiian!

However Hawaiians are treated like SHIT. Okay... we are treated worse than shit. How do I know?

Here is a perfect example:


Housing for the military has always taken precedence over housing for Hawaiians. Case in point: Military personnel wait about a year or so for their housing in Hawai'i. Hawaiians have to wait 30 years or... sometimes they die while on the waiting list (read about the Department of Hawaiian Home Lands):

Versus this: Hawaiians have been DYING while on the waiting list for a house that is part of a legally binding agreement

The 2,721 outstanding claims range from people who argue they were given deficient land to those who believe they've been on the waiting list for an unreasonable amount of time, said plaintiffs' attorney Carl Varady. It's unclear when the claims will be presented in court, but lawyers say the state should cooperate, noting that some beneficiaries have been waiting up to 40 years for an answer.

Then people wonder why some Hawaiians are angry. In fact anyone who passes the military housing near the Honolulu International Airport will understand that it will get worse as long as the U.S. government continues to treat Hawaiians like shit but I do ask that other Hawaiians NOT resort to physical violence.

However it is important to understand WHY and also to try to do something about it. A good start would be if the U.S. government built houses as fast as they build houses for Hawaiians like how they do for the military which is predominantly Haole people.

That would be a good start but this latest incident is only a symptom of the mistreatment of Hawaiians. Will we as people do anything about it?

Sadly for the last 50 years or so NO ONE from the U.S. government has been listening to Hawaiians. Instead they treat us like shit so while I do not condone violence against military personel... it doesn't surprise me because they build houses very fast for the military while Hawaiians wait 40 sometimes 50 years. Some even DIE waiting.

Obviously... something has to be done to rectify this situation. Sadly chances are they won't because if they wanted to do something they would have already done so.

That is why... while some people are worried about the Haole couple involved (and rightfully so)... NO ONE has been asking

The sad reality is that the focus has always been about the Haole person over the Hawaiian. This also epitomizes the marginalization of the pain, attacks, etc that Hawaiians have experienced since about 1893 til now.

That is why I ask: What about HAWAIIANS?

Sorry for clogging up people's pages with pictures but here are more pictures from Hawai'i. A side of Hawai'i that some people usually do not see and is mainly for those people who have never been to Hawai'i or for those who miss Hawai'i:

A picture downtown Kaimuki where I know very well since I grew up in the area: 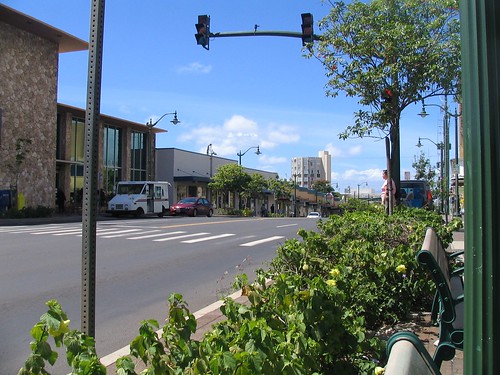 An Internet Cafe in downtown Kaimuki: 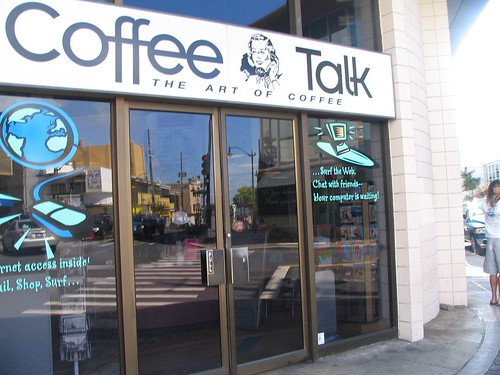 Gau love. I couldn't find any on the East Coast but in Hawai'i I found it in Kaimuki for good luck this year: 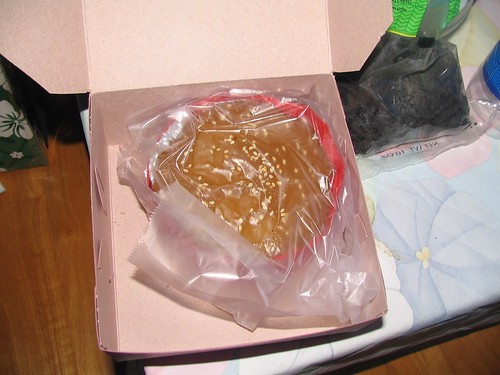 Another picture of the gau. This is what I was talking about: 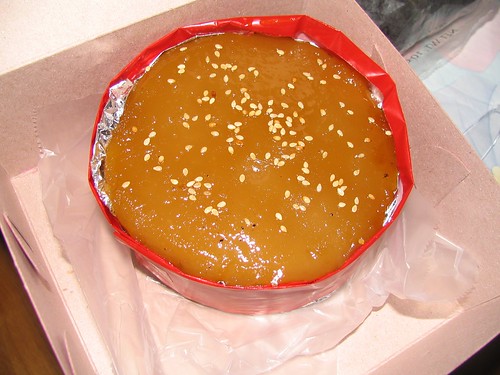 My parents took me to Rainbow Drive Inn. I ordered Beef Cutlet, one of my favorites because I had a Free Week when I went back Home for five days. I ate this plate in two separate servings and damn... my tummy hurt both times LOL Oink oink! But I normally do not eat like this. White rice is out. So is macaroni salad but when I went Home I ate anything I wanted to eat in five days. Well here is Beef Cutlet from Rainbow's in Kapahulu: 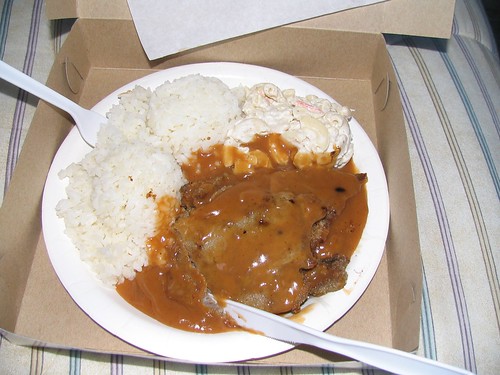 A closer look of food that can exacerbate diabetes but ate only because I was Home in Hawai'i for five days total plus transit time: 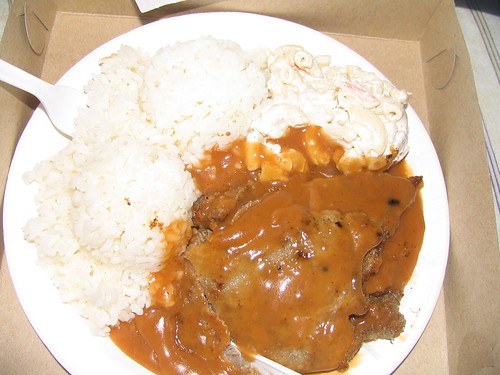 I absolutely love this picture: 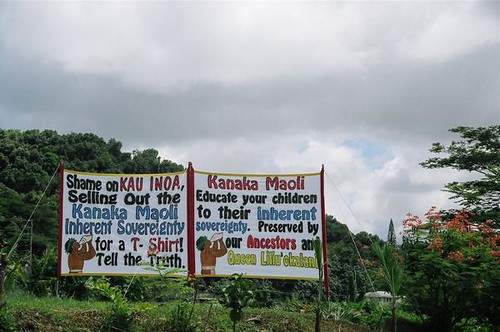 I spent only one night in Hilo. I actually slept in Keaukaha at my aunty's house.

We flew out on an early morning flight then left the next afternoon so I didn't stay in Hilo for very long but when I was a little girl I used to spend my summers with my Hilo Grandma in Hilo so Hilo has a special place in my heart. It's where I skinned my right knee. I have a scar on my right knee because I fell down on my Hilo Grandma and Grandpa's asphalt driveway. It's also where I learned lauhala from Mrs. Ahuna in Keaukaha.

Anyway here are four pics taken while I was in Hilo:

1. Goodwill right outside of Keaukaha: 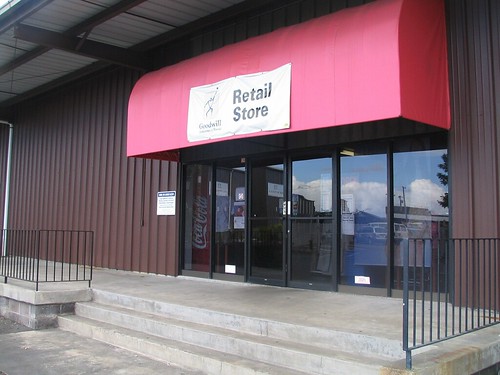 2. At the tip of Keaukaha where the tidal wave hit then the state condemned the land in order to sell the land that Hawaiians already have title to yet did not give actual or constructive notice to Hawaiians and instead illegally stripped Hawaiians of their property rights: 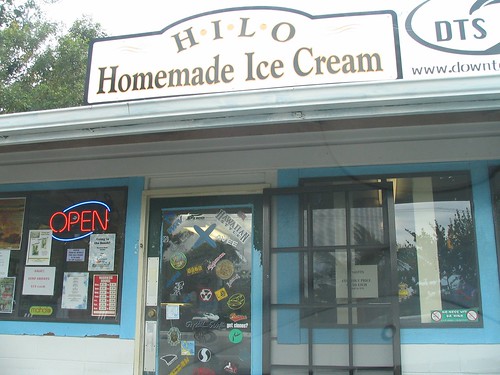 3. Shave ice or "ice shave" as they say in Hilo with ice cream on the bottom... yummy!: 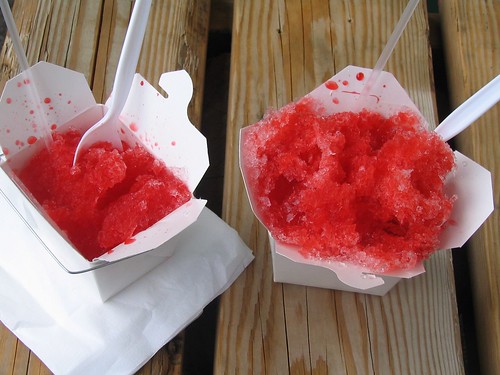 4. The Hawaiian church in Keaukaha which is a Protestant one. Unfortunately I don't know the name of it but it's for Protestants: 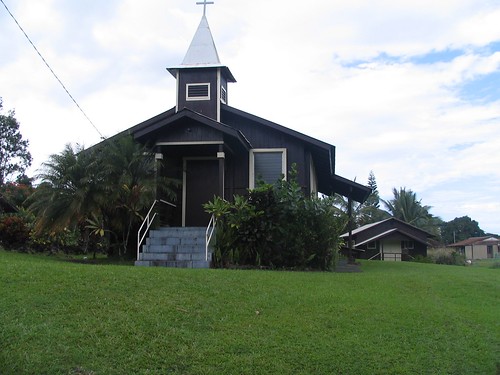